Since the first edition at ICRA 2005 in Barcelona, Spain, the IEEE/IFR Award for Invention and Entrepreneurship in Robotics and Automation has become one of the most renowned non-scientific awards in the robotics community, and has attracted more and more applications in every year. It’s uniqueness is also due to the fact that it is a joint award given by the robotics industry, represented by IFR the International Federation of Robotics, and the robotics research community represented by the IEEE Robotics and Automation Society. The award is a vital demonstration that robotics industry and research do work together very successfully.


The finalists had the opportunity to pitch their business idea at ICRA 2017, Singapore, to the jury and to the large audience of ICRA participants. 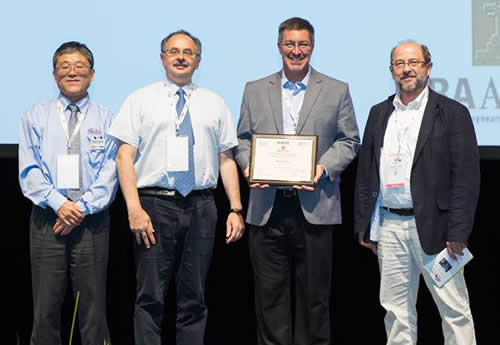