Selected finalists had the opportunity to present their story of the genesis of a successful innovative product in robotics and automation from its very inception to the final state of commercialization during a special session on 21 June 2016 at the 47th International Symposium on Robotics in Munich, Germany. The ultimate winner, chosen by an evaluation board consisting of distinguished individuals from industry and academia, receives a prestigious plaque and a US$ 2,000 prize.

The twelfth IERA Award for robotics and automation goes to the collaborative dual-arm robot "YuMi®" by ABB Robotics this year. The name stands for "you and me – we work together" – since the robot was specially designed to work side by side with its human colleagues without protective fencing. The International Federation of Robotics IFR together with the Robotics and Automation Society of the international association of engineers, IEEE-RAS, awarded the invention and entrepreneurship prize in Robotics and Automation (IERA) to ABB Robotics in Munich. 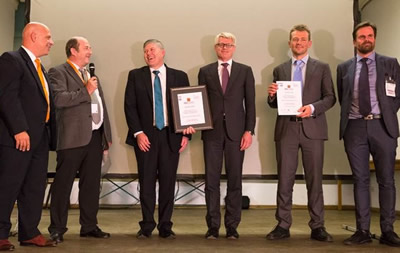