Oussama Khatib does it again! Congratulations!

He was recently announced as the recipient of the prestigious 2017 IEEE Robotics and Automation Award for "Contributions to the development of robot control and human-centered and humanoid robotics, and leadership in the robotics community." 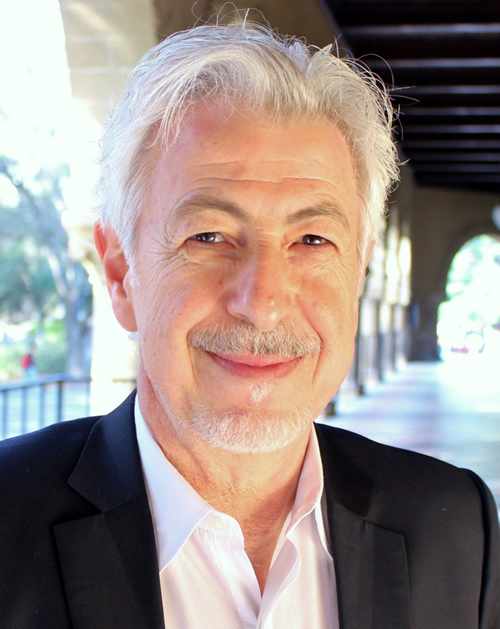 A long time and dedicated Volunteer for the IEEE Robotics & Automation Society, he is now recognized for exemplary work in the field. He will receive his award during the 2017 IEEE International Conference on Robotics and Automation (ICRA) in Singapore on 29 May-3 June 2017.

Oussama Khatib received his Doctorate degree in Electrical Engineering from Sup'Aero, Toulouse, France, in 1980. He is Professor of Computer Science at Stanford University. His work on advanced robotics focuses on methodologies and technologies in human-centered robotics including humanoid control architectures, human motion synthesis, interactive dynamic simulation, haptics, and human- friendly robot design. He is Co-Editor of the Springer Tracts in Advanced Robotics series, and has served on the Editorial Boards of several journals as well as the Chair or Co-Chair of numerous international conferences. He co-edited the Springer Handbook of Robotics, which received the PROSE Award. He is a Fellow of IEEE and has served as a Distinguished Lecturer. He is the President of the International Foundation of Robotics Research (IFRR). Professor Khatib is a recipient of the Japan Robot Association (JARA) Award in Research and Development. In 2010 he received the IEEE RAS Pioneer Award in Robotics and Automation for his fundamental pioneering contributions in robotics research, visionary leadership, and life-long commitment to the field. Professor Khatib received the 2013 IEEE RAS Distinguished Service Award in recognition of his vision and leadership for the Robotics and Automation Society, in establishing and sustaining conferences in robotics and related areas, publishing influential monographs and handbooks and training and mentoring the next generation of leaders in robotics education and research. In 2014, Professor Khatib received the 2014 IEEE RAS George Saridis Leadership Award in Robotics and Automation.