RAS is pleased to arrange this Networking Luncheon for Members attending ICRA 2016 in Stockholm, Sweden. Space is limited for this popular event. Don't miss the chance to attend because the space has been filled. Advanced registration is required. The cost is $5 per lunch.

The luncheon provides the opportunity to foster discussion on the role of women in robotics and automation, inspire girls and promote collaborations and initiatives to advance women in leadership. As the goal for this event is to be more than a lunch for women, but a lunch with women. Therefore, men are more than welcome to participate and enjoy the discussion. 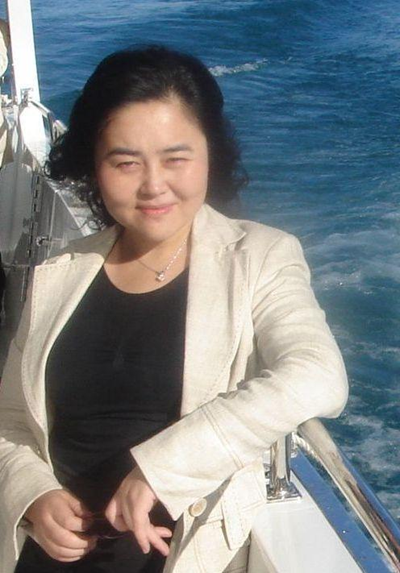 Prof. Hong Qiao is a professor with Institute of Automation, Chinese Academy of Sciences (CASIA). In 2004, Prof. Qiao gave up the tenure position and returned to China under the grant of the "100 Talent" Program of the Chinese Academy of Sciences (CAS). After her return, she founded the "Robotic Theory and Application" group (more than 50 researchers) in CASIA. In 2007, she was supported by National Science Fund for Distinguished Young Scholars. Currently she is
• Core Expert of CAS Centre for Excellence in Brain Science and Intelligence Technology;
• Deputy Director & Principal Investigator of Neuro-robotics, Research Centre for Brain-inspired Intelligence, Institute of Automation, CAS;
• Vice Director of Joint Lab Between the Institute of Automation and University of Sciences and Technology of China;
• Director, Centre of Intelligent Robotics, School of Automation and Electrical Engineering, University of Science and Technology, Beijing (USTB);
• Member of the Central Committee of Jiu San (SEPT. 3RD) Society.

In 2013, Prof. Qiao was elected as a member of Administrative Committee, IEEE Robotics & Automation Society (RAS).
Prof. Qiao has long led the group in research areas of robotic "Hand-Eye-Brain", which includes industrial robot manipulation and control (Hand), robot vision (Eye), bio-inspired and brain-like intelligent robot (Brain), and etc. Prof. Qiao has published more than 200 papers in international journals and conferences (100+ papers are SCI Indexed). More than 60 papers have been published in journals such as IEEE Transactions on Pattern Analysis and Machine Intelligence, International Journal of Computer Vision, IEEE Transactions on Cybernetics, IEEE/ASME Transactions on Mechatronics, etc. (which are rated as Q1, the top level by ISI Journal Citation Report).
Currently, Prof. Qiao is serving as the Editor-in-Chief of the international journal Assembly Automation, and the Associate Editors for several significant international journals, such as IEEE Transactions on Cybernetics, IEEE/ASME Transactions on Mechatronics, IEEE Transactions on Automation Science and Engineering, IEEE Transactions on Cognitive and Developmental Systems.
Prof. Qiao has undertaken a series of national key projects, including National Science Fund for Distinguished Young Scholars, Key Project of Natural Science Foundation of China, 863 Project of Ministry of Science and Technology of China, '04 Project' of National Science and Technology Major Project, Project of intelligent equipment of National Development and Reform Commission, and etc. Prof. Qiao and her group conducted application cooperation in areas such as automobile, CNC, national defense and home service. The Group cooperates with industry and IT companies, including XCMG Group, Shaanxi Qinchuan Machinery Development Co. Ltd, Huawei, Samsung, Midea Group and etc.
Prof. Qiao and her group establish two industrialization bases for industrial robot in Dongguan and Huizhou Cities of Guangdong Province in China with $10 million support from local government. The industrial robot base in Huizhou develops techniques like product testing, which promotes the development of the local industrialization. In the support of government, the base in Dongguan carries out research in cell technology of industrial robot.