The standard develops a common representation and encoding for 3D map data, to be used in applications requiring robot operation, like navigation and manipulation, in all domains (space, air, ground/surface, underwater, and underground).

The standard encoding is devoted to exchange map data between robot systems, while allowing robot systems to use their private internal representations for efficient map data processing. The standard places no constraints on where map data comes from nor on how maps are constructed. 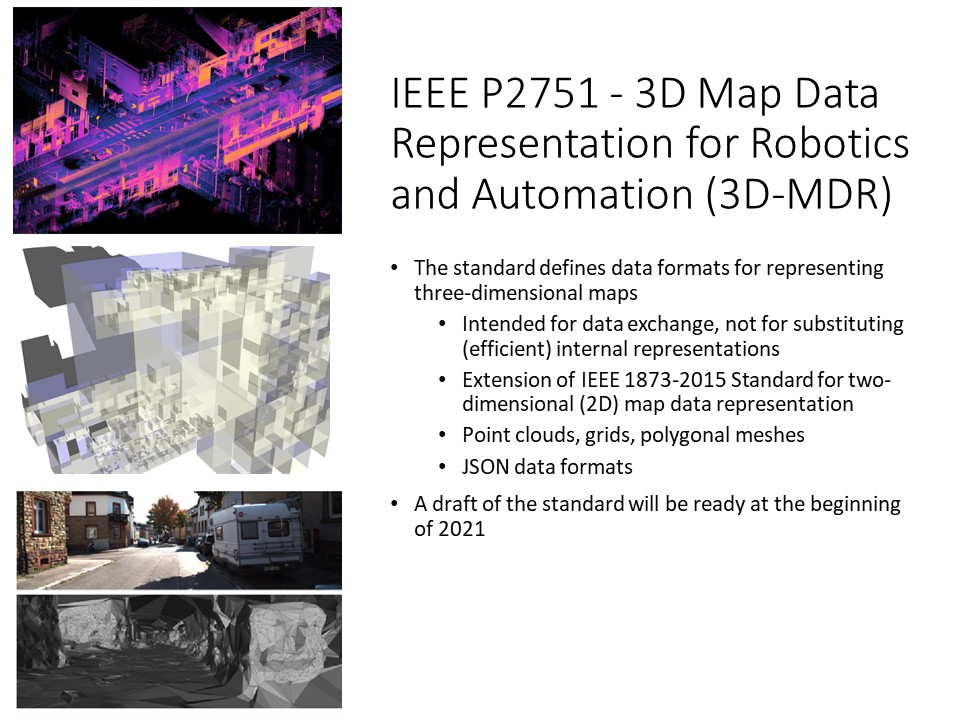