On May 19, 2019, the Industrial Activities Board (IAB) of the IEEE Robotics and Automation Society (RAS) organized the second in a series of Standards Strategy Meeting at the International Conference on Robotics and Automation (ICRA) Conference in Montreal, Canada. This was a follow-on meeting to one that was held the previous year in Madrid, in conjunction with International Conference on Intelligent Robots (IROS) 2018. More information about this previous meeting can be found here.

The focus of the Montreal meeting was on robot terminology harmonization among various standard organizations, which was one of the key strategic areas previously identified. Specific goals included:

Twenty-seven people in total (only partially included in the picture) attended the meeting, including many of the IEEE RAS Working Group Chairs, representatives from the International Organization for Standardization (ISO), Robotics Industries Association (RIA), American Society of Mechanical Engineers (ASME), American Society for Testing and Materials (ASTM), and the Object Management Group (OMG), as well as experts in various robotics fields including autonomous vehicles and industrial robotics.

For more information, go to the 2019 Standards Strategy Meeting Summary. 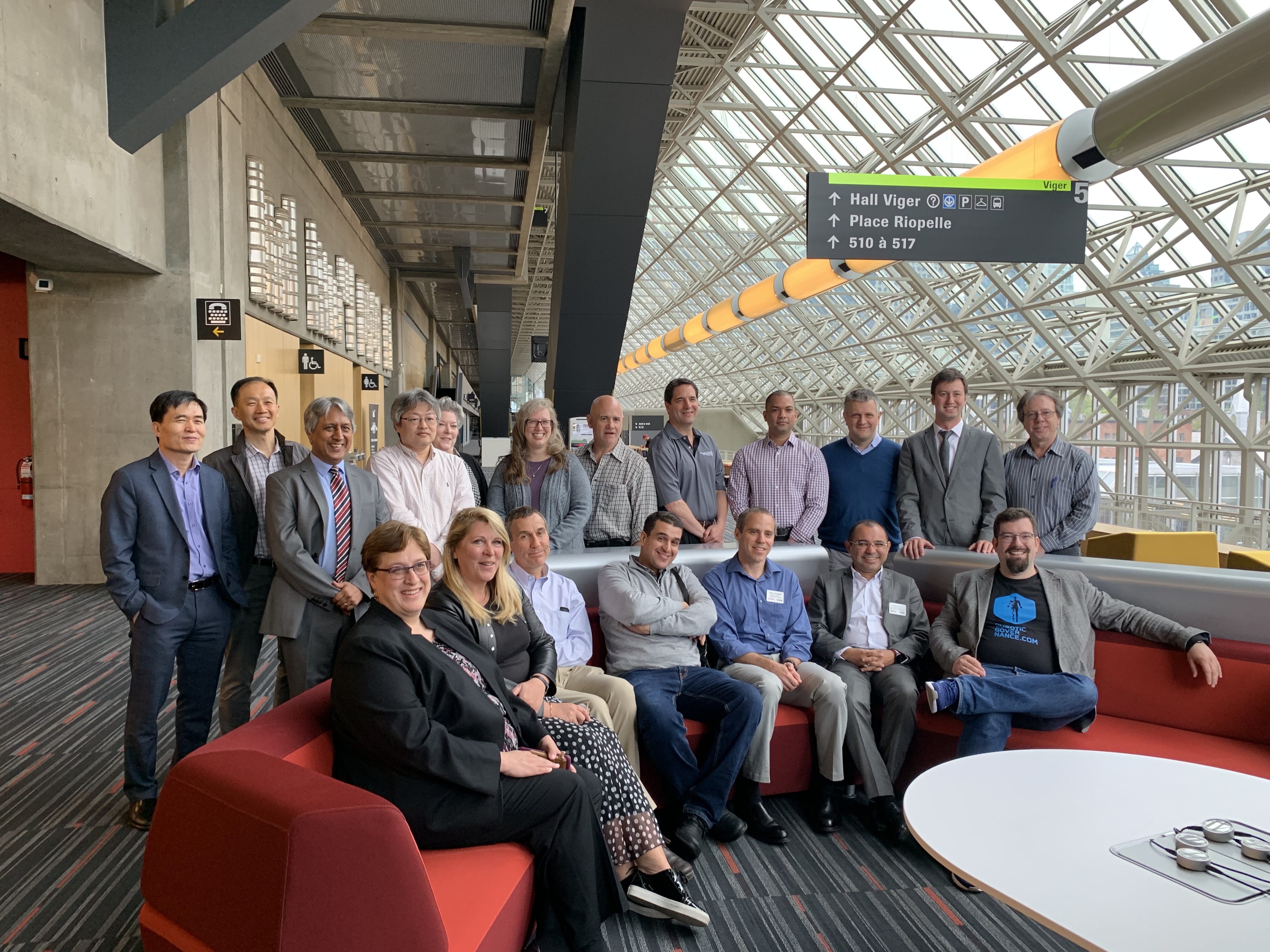