Dr. Tom Sugar is hosting some webinars on Test Methods to determine the interest and focus. Currently, the group has talked about focusing on three industrial tasks: working on something with arms raised above your head, holding a heavy object at shoulder height, and lifting and palletizing objects. 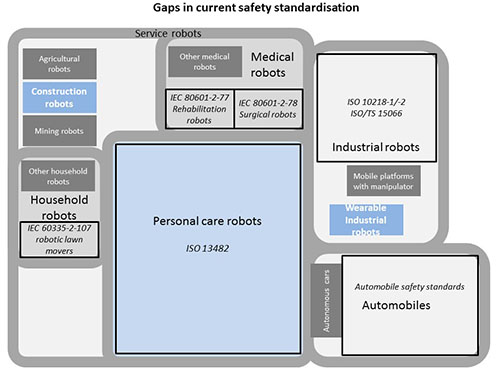 Figure: ISO standards are detailed for the different categories.  There are no standards for wearable robots used in construction and industry.  Also, military-style, physical assistant robots are not covered under ISO 13482. (Figure courtesy of ISO at the WearRAcon 16 conference)