The Space Robotics Technical Committee has two main areas of interest: Microgravity and Planetary Robotics. Microgravity Robotics includes manipulation and mobility for scenarios such as International Space Station (ISS) operations and satellite servicing. Planetary Robot systems address scenarios such as Mars and lunar exploration using manipulation or mobility on or near the surface. Some scenarios, such as asteroid and comet exploration, have environments with low gravity which may blur the distinctions between these categories. 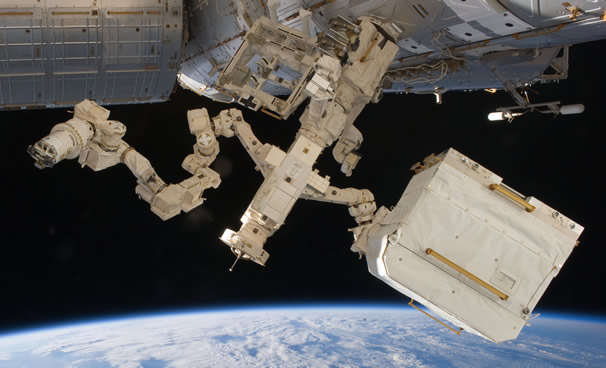 The Dextre robot on the International Space Station

For Microgravity Robotics the space environment (radiation, contamination sensitivity, thermal extremes, etc.) poses unique challenges to robot and robot algorithms. Despite this, it is expected that the robotics discipline will find increasing importance in coming years, particularly as the opportunities for human-robot and robot-robot cooperation arise in space exploration. Priority areas for this technical committee include:

Below is a list of historical and upcoming missions that define the state of the practice in orbital robotics:

Additionally, it is valuable to mention these important research systems for orbital robotics: 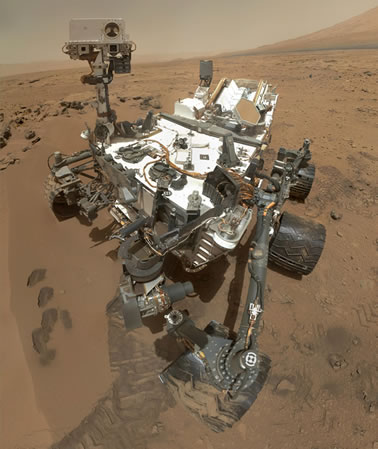 For Planetary Robotics, the surface environment also poses unique challenges. These include Microgravity Robotics’ issues during cruise phase, or if an atmosphere is not present. Further, there is usually the greater uncertainty of interacting with an unexplored natural terrain instead of man-made structures. Planetary Robotics technical topics include: