Despite there is not yet a common agreement about how the so-called Industry 4.0 paradigm is going to be implemented, one point is however clear: future manufacturing environments will be populated by humans and machines, sharing the same workspace.

The idea to allow for human intervention within an automation system dates back to 80’s when the Toyota Production System (TPS), earlier developed Taiichi Ohno and Eiji Toyoda, has been disseminated worldwide. In particular, the term jidoka (自働化) that is often translated into autonomation or “automation with human touch” has been introduced to emphasise the integration between automation (自動化) and human beings (人). Though several decades have been passed since then, the integration of machines and humans in the same shop-floor constitutes today a very hot topic like never before.

Purely automated environments and even Flexible Manufacturing Systems (FMS) that have been also theorized time ago, are no longer considered to be the candidate solutions to respond to the increasing demand for mass customisation, and to better accommodate market fluctuations. In order to really achieve these goals, the pervasive collaboration between humans and automation is nowadays considered a must.

The main goal of the RAS Technical Committee on Collaborative Automation for Flexible Manufacturing (CAFM) is to bring these concepts towards a new spring. We believe that the original ideas should be brought up to date, and reconsidered in view of the availability of modern technologies, such as collaborative robots, high-speed connectivity, capability to process large quantity of data, etc.

Modern manufacturing companies are expected to adapt efficiently to production changes. Robotics has long been the solution for added flexibility, although in many situations, full robotization has either not been economically viable or not yielded the hoped-for benefits. While robots have become more performant and less costly, challenges remain in adaptability, decision making and robustness to changing and uncertain situations. To address these shortfalls and to improve flexibility to frequent changeover, future working environments will be populated jointly by humans and robots.

This scenario generates research topics, i.e. safety, optimal task allocation and scheduling, learning and error recovery. From a research perspective, the possibility for robotic manipulators to work directly alongside humans has stimulated a variety of novel research fields. From an industrial perspective, this new technology is being introduced by big manufacturing companies as well as small and medium enterprises. Recent statistics indicate that the market for collaborative automation is expected to expand at a compound annual growth rate of near 60%, reaching 12 billion dollars in less than ten years. In addition, the standards document ISO/TS 15066:2016 on collaborative automation has been published, and existing industrial robot standards ISO 10218-1:2011, -2:2011 are being reviewed.

Our Technical Committee (TC) on Collaborative Automation for Flexible Manufacturing (CAFM) is then aimed at bringing together academic and industrial points of view in the field of collaborative automation and drive the discussion concerning the respective expectations and open topics. The research and industrial communities will exchange ideas regarding foundations, methodology, implementation challenges and key success factors. We expect to stimulate new insight on human-robot collaboration in order to enable better, more general and even more flexible solutions to common problems and open issues. Research topics will include, e.g., efficient application design, safety, ergonomics, task distribution, novel methodology for instructing collaborative environments. 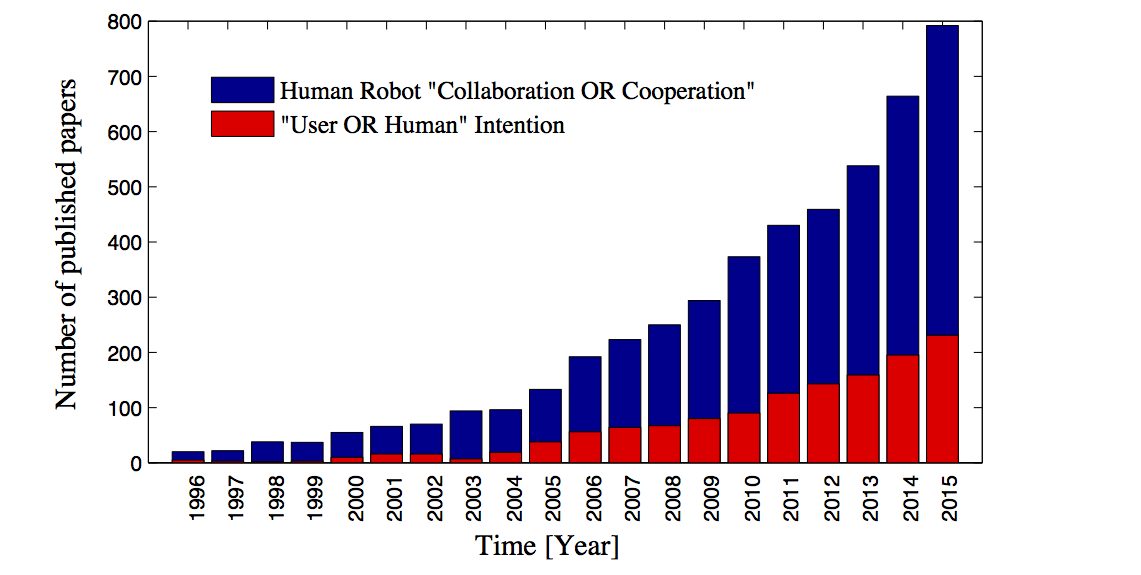