The workshop to be proposed is one of these activities, in particular, the one focusing on the research of interaction between humans and humanoid robots (human-humanoid interaction). In the workshop, we aim at interdisciplinary discussion with more scientists and technologists about how we should return outcomes of humanoid robotics research to the society in order to create sound relationships with robots and humans.

The main objective of this workshop is to arrive at an assessment of the main advances achieved during the past years and the main challenges that have still to be faces for new robotic applications. Are current HRI interfaces and modalities natural, intuitive and satisfactory? If we expect robots to play a major role on assistance and care, home service, urban service etc. what are the main requirements and challenges that it is necessary to solve concerning human-robot interaction? Because HRI is an interdisciplinary field, the workshop would like to have participants from many disciplines.

The technical committees have been asked by the RAS Technical Activities Board to review the list of keywords that are used for RAS conferences (ICRA, IROS, etc.) This is an important task that influences how reviewers and editors are assigned to papers, and this opportunity does not arise very often. 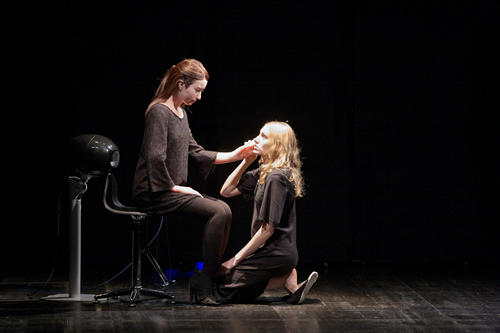 The IEEE-RAS TC on HRI has been invited to submit an article on the field of HRI . The article has appeared in the December 2011 issue of the IEEE Robotics and Automation magazine.

Past Activities of the Technical Committee

The aim of this half day workshop is to discuss the state-of-the-art in human-robot interaction and bridges several approaches related to human-robot interaction, especially robot development and human behavior understanding. Roughly speaking, Japan and Korea are leading in the development of humanoids and USA and European countries are leading in cognitive architecture of the robots and human behavior understanding. It is important to bridge to these activities and establish a seamless research area.

The 17th International Symposium on Robot and Human Interactive Communication

Topics: The papers submitted to this Special Issue should include, but may not be limited to, the investigation of the following research challenges: 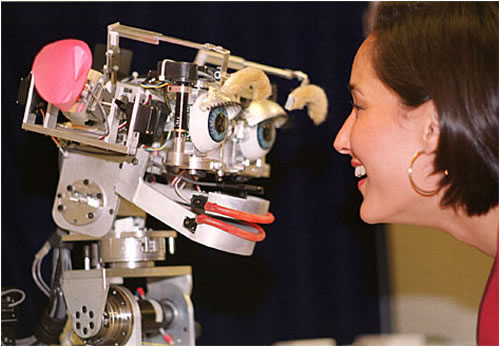 The aim of this full day workshop is to discuss the state-of-the-art in human-robot collaboration for mixed-initiative teamwork. Throughout the workshop, we will focus on the core scientific questions as well as key engineering issues related to the design, implementation and use of such robots for a broad range of applications ranging from health care, to construction, to planetary exploration. Leading researchers from academic, commercial and government organizations will present their experiences and lessons learned from real-world systems. The workshop will culminate in a panel discussion to identify key scientific and technical challenges, likely future advances and potential fields of application.

With the increasing introduction of robots into human environments, human-robot interaction poses multi-faceted problems, requiring not only technical but also wider cultural considerations. How to model the interaction of a human being with a robot? How to manage the physical, intellectual and emotional exchange between human beings and robots? How to realize an effective communication of robots with the human ‘smart' environments? These questions and many others are the stimulus for the proposed workshop, aimed at gathering the robotics researchers facing the problems related to human-robot interaction so as to provide an overview of existing experiences and to animate a discussion on open issues and main challenges.

The final goal of the proposed workshop is to provide audience and participants with a clearer view on critical factors and key issues for realizing effective, acceptable and reliable human-robot interaction and with indications and hints for further research and developments in this field, based on the current diverse experiences presented by the speakers.

To this aim, the workshop gathers scientists with experiences in the development of perception capabilities and sensory-motor control in robots and scientists who focused the different aspects of human-robot interaction. The workshop is intended to offer participants a clear view of the open issues in developing human-like sensory-motor coordination, as well as of the critical factors and key issues for realizing effective, acceptable and reliable human-robot interaction. The meeting between experts in the different involved research areas will also provide the opportunity to formulate indications and hints for further research and developments.