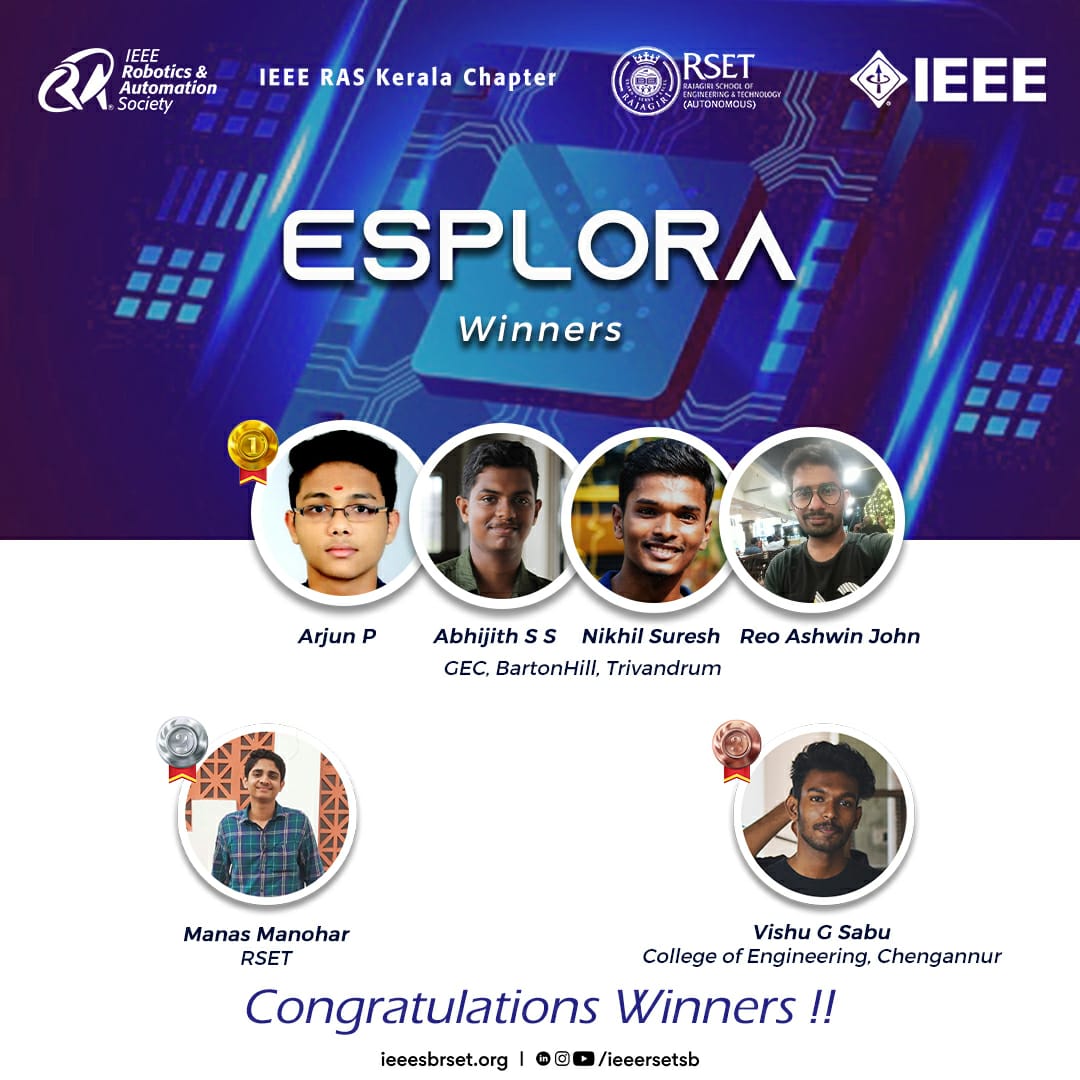 On the 21st of March 2021, RSET IEEE RAS SBC in association with IEEE Robotics and Automation Society Kerala Chapter announced the event ‘Esplora’ a project presentation competition held in honour of Arduino Day(27th March) to inculcate an interest and passion towards robotics among students.

The participants had to register as a team of a maximum of four members and had to submit a demonstration video of 2 minutes and also provide the documentation of their project. The project had to be Arduino based and the participants were given an incentive of a prize pool of 2.5K. They had to submit their projects on or before the 27th of March 2021 following the guidelines that were stated.

Twenty teams participated in the event from colleges all over Kerala submitting their works which were passionate and innovative. They were all judged according to the criteria mentioned in the guidelines and of them, 10 were selected and their project demonstration videos were posted on the official IEEE Robotics and Automation Society Kerala Chapter Instagram page to show appreciation for their work.The works were judged by Mr. Sunil Paul,CEO Srishti Robotics.