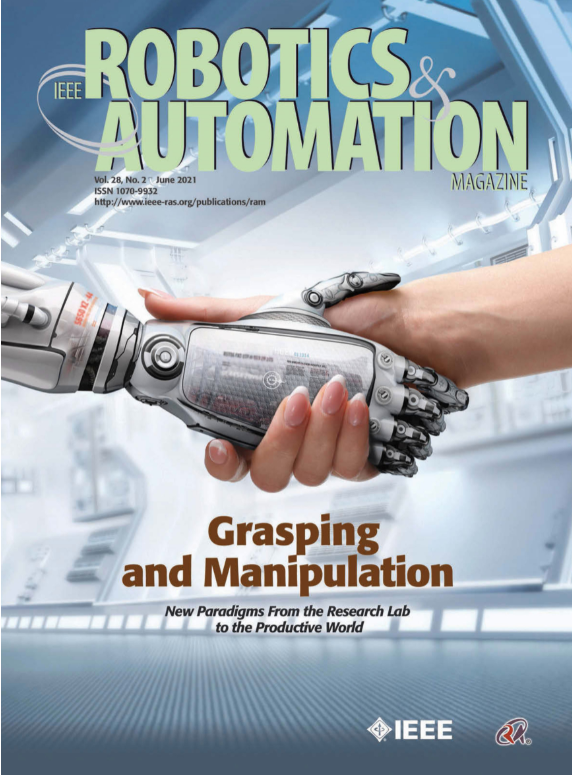 The Magazine (RAM) publishes technical articles of interest to the international robotics and automation community. The magazine has over 12,000 readers and is consistently ranked by Thomson's Journal Citation Reports (JCR) as one of the most highly ranked publication in both Robotics (#5) and Automation & Control (#15) categories, with an impact factor of 5.143 in 2020. The magazine publishes four issues per year: March, June, September and December.

The magazine tutorials cover important and topical issues in robotics and are written by leading experts in the field.

The IEEE Robotics & Automation Magazine is a unique technology publication which is peer-reviewed, readable and substantive. The Magazine is a forum for articles which fall between the academic and theoretical orientation of scholarly journals and vendor sponsored trade publications.

The IEEE Transactions on Robotics and the IEEE Transactions on Automation Science and Engineering publish advances in theory and experiment that underpin the science of robotics and automation. The Magazine complements these publications and seeks to present new scientific results to the practicing engineer through a focus on working systems and emphasizing creative solutions to real-world problems and highlighting implementation details.

The Magazine publishes regular technical articles that undergo a peer review process overseen by the Magazine's associate editors; special issues on important and emerging topics in which all articles are fully reviewed but managed by guest editors; tutorial articles written by leading experts in their field; and regular columns on topics including education, industry news, IEEE RAS news, technical and regional activity and a calendar of events.

The magazine can be subscribed to in paper or electronic form. The electronic issue is delivered by means of an email containing a weblink to read the magazine online in the browser or download it as a PDF file. This can be read with a PDF browsers on a desktop or tablet computer. Choice of subscription format is made when you renew your IEEE and RAS membership.

Presenting Your Robotics & Automation Magazine Paper at ICRA or IROS

Any IEEE Robotics & Automation Magazine (RAM) paper, may be presented at either an upcoming IEEE International Conference on Robotics and Automation (ICRA) or an upcoming IEEE/RSJ International Conference on Intelligent Robots and Systems (IROS), provided most of the key ideas of the paper have never appeared at a conference with a published proceedings (i.e., the paper is a "new" paper and not the evolved version of a previous conference paper or papers).

Authors may not request any acceleration or delay of the review process based on these criteria.

Authors of eligible papers will be contacted by the RAM Editor-in-Chief’s office, typically in April/May or December/January, to determine interest in presenting at a conference.  Eligible papers may only be presented at one conference.