The IEEE/RSJ International Conference on Intelligent Robots and Systems (IROS2015) was held 28 September – 2 October 2015, in Hamburg, Germany. Congratulations to the following winners - announced on 1 October. 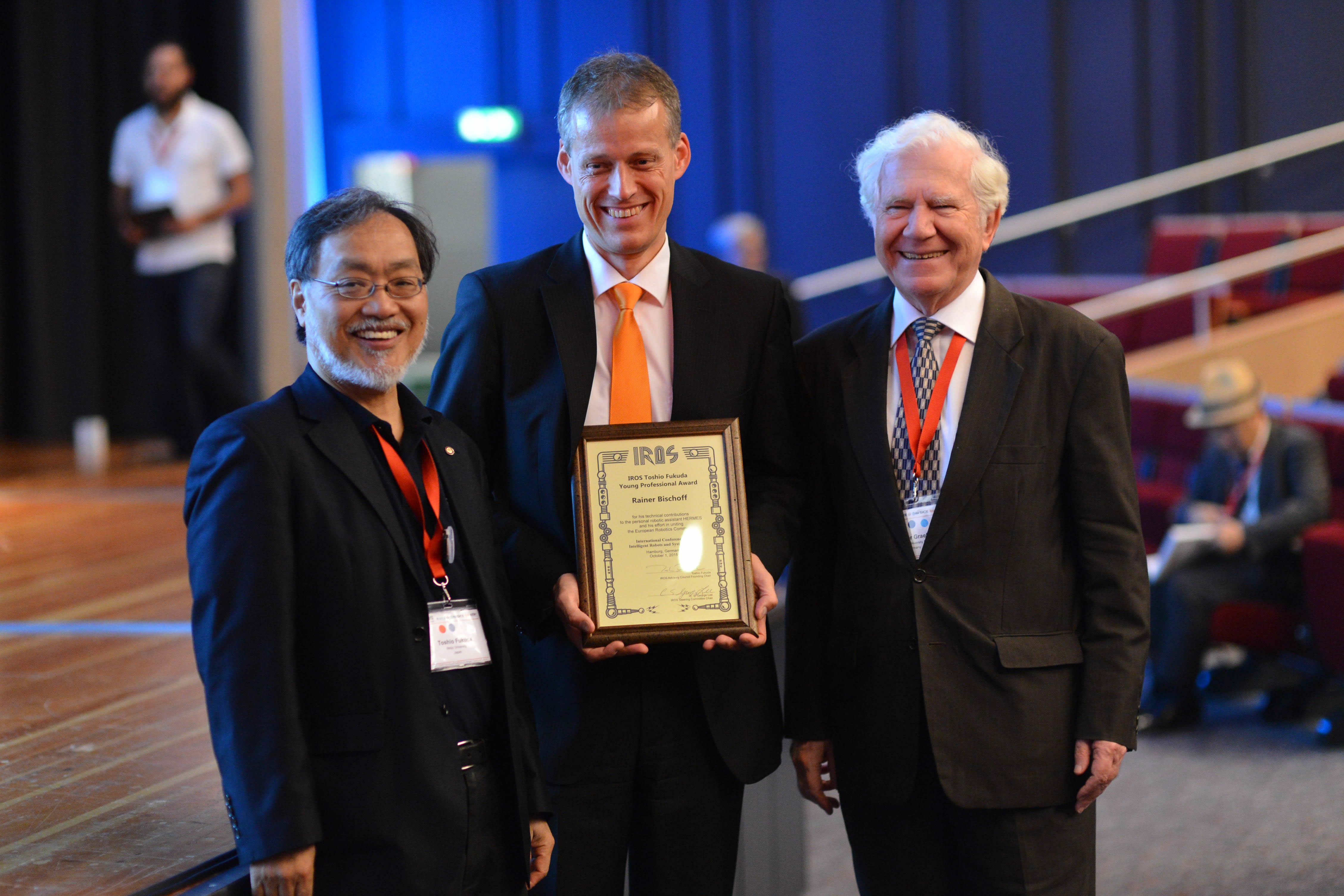 To recognize individuals in the early stage of their career, who have made an identifiable contribution or contributions which have had a major impact on the robotics field.
Rainer Bischoff - "For his technical contributions to the personal robotic assistant HERMES and his effort in uniting the European robotics community"

IROS 2015 Best Paper Award
To recognize the most outstanding paper presented at the conference, based on quality of contribution, of a written paper, and of the oral presentation.
Xin Alice Wu, Srinivasan Suresh, Hao Jiang, John Ulmen, Elliot Wright Hawkes, David Christensen and Mark Cutkosky
"Tactile Sensing for Gecko-Inspired Adhesion"

IROS 2015 ABB Best Student Paper Award
To recognize the most outstanding paper authored primarily and presented by a student at the conference, based on the quality of the contribution, of the written paper and of the oral presentation.
YuFeng Chen, Elizabeth Farrell Helbling, Gravish Nicholas, Kevin Ma and Robert Wood
"Hybrid Aerial and Aquatic Locomotion in an At-Scale Robotic Insect"