With much sadness, we report that our friend Alberto Elfes peacefully rested on 5 July 2020 at age 67. The robotics community bid farewell to one of its pioneers, an outstanding researcher who, in the mid-eighties, invented the occupancy grid mapping, the embryo of the probabilistic techniques in robotics. 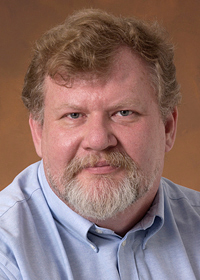 Born from german parents, in Maceio, State of Alagoas, Brazil, from an early age Alberto was interested in science and technology. In his late teens, he passed the admission entry exam to the Aeronautics Institute of Technology (ITA), Brazil. There he graduated in Electronic Engineering in 1975, obtained his master's degree in computer science in 1980, and was immediately hired as faculty. Alberto joined the Carnegie Mellon University in 1982 to pursue a Ph.D. in the emerging field of robotics. His dissertation entitled "Occupancy Grids: A Probabilistic Framework for Robot Perception and Navigation" marks a milestone in mobile robotics research.

After leaving Carnegie Mellon, Alberto held positions as Principal Research Scientist at the T.J. Watson Research Center (1989-1993), where he created the Mobile Robotics Laboratory. He returned to Brazil as project coordinator for the United Nations Development Program (UNDP) (1994-1997), where he acted as the director of the Automation Institute of Center for Information Technology (CTI) in Campinas, São Paulo (1994-1999). Among several advancements, Alberto conceived the Aurora Project, an autonomous airship for long term aerial monitoring and exploration (which was further advanced in this work at JPL). He then moved to Ulm/Germany as Mercator Professor (2000), and after one year, he accepted a position as Principal Scientist at Jet Propulsion Laboratory (2001-2011). In the last part of his career, he became the Chief Research Scientist in the Autonomous Systems Laboratory (ASL) at CSIRO in Brisbane, Australia, where he retired in May 2020.

Alberto was not only an all-embracing and curious mind, a cosmopolite, and a passionate robotics researcher but a caring teacher, mentor, and above all, a human being whose kindness touched each one who had the privilege to spend even a minute with him. Alberto Elfes was a loving husband to Noemia Elfes, an adored father to Cristiane and Albert, and an affectionate grandfather to Gabriel. He leaves a massive void in this presently unoccupied square of the grid, especially in our hearts, which only time can fill.